Totti Kay, 42, has lived with cancer since she was 23 and has undergone 14 operations. She has raised more than £116,000 for Cancer Research through outdoor challenges – including Deloitte Ride Across Britain in 2015 and Dulux Trade London Revolution in 2016 – although as she says, “I am a fundraiser, not an athlete.” She has been married to Nick for seven years and with him for 12. She has three sons, Joshua, 20, Charlie, 18 and Benjamin, 14. This year she has set herself a challenge to walk 2,000 kilometres through training for and taking part in Dixons Carphone Race to the Stones.

Why are you raising money for Cancer Research?

I have lived with cancer for 19 years and been raising money for Cancer Research since 2008 when I ran the London Marathon, because the charity is, without doubt, the reason that I am alive today. I’m lucky; I have always had the opportunity to fight. I do this for the people who can’t.

In 2016 I started an immunology trial for a new drug. Since then my cancer markers have decreased from 1100 to 268. There are side effects, but the good stuff far outweighs the downsides. It has been great for me and really positive for everyone around me.

Have you taken part in Threshold Sports events before?

In 2015 I did Deloitte Ride Across Britain, which ruined me. I was in bed for six months to recover and when I did, I went back to do Dulux Trade London Revolution. Since then I haven’t been able to look at my bike, Tilly Tandem. In fact, I’m going to sell her and put the money in the CRUK pot!

This year I’ve decided to walk 2000km and have signed up to Dixons Carphone Race to the Stones, 100km along the Ridgeway to the Avebury Stone Circle. Friends, family and local businesses have all been incredibly generous. Cancer is a fear for everyone on the planet. We all have a friend or relative who has died because of it; it’s the most known, feared disease. My mother has just finished her treatment for breast cancer and my sister underwent BRCA testing, which was incredibly tough for her.

What other challenges have you taken part in to raise money for Cancer Research?

After the Marathon, I took part in the Devizes to Westminster 127-mile canoe race. Then I wanted another challenge to raise money, so I took up cycling. I didn’t own a bike and thought a tandem would be easier – hence Tilly Tandem – it’s definitely not! Marion Templeman, who rode Ride Across Britain and London Revolution with me has been a great friend since our children were in primary school with each other. She’s an incredible athlete, strong clever and dynamic and was training alone and so we joined together for the Deloitte Ride Across Britain.

It was incredibly tough – and it took me six months to recover fully because my immune system is weaker than it should be – but we had so many great moments. We cried with laughter and we sobbed with pain. It was the best thing I have ever done and Marion and I now have an unbreakable bond.

We enjoyed it so much that we went back in 2016 to do the Dulux Trade London Revolution. I hadn’t been well so I had only ridden 25 miles in the six months since Ride Across Britain and it was really tough, but a great weekend with a lot of familiar faces from RAB. Threshold really looks after everyone across the course, so no matter how hard you’re finding it, they pull you through.

How are you feeling about taking part in Dixons Carphone Race to the Stones?

I am quite nervous about Dixons Carphone Race to the Stones. I’ve started seeing a personal trainer twice a week, the guys in the gym are brilliant and I walk the dog a lot. I’m walking by myself – although friends and family will come and see me along the way – because everything else I have done has been with someone and I want to know that I can do the challenge on my own, that it’s my achievement, not that I’ve been pulled along to the finish.

I’m not an athlete; I am only doing any of this to raise money for CRUK. Cancer Research is our essential lifeline. The charity gives hope that we will find the cures and life prolongers to stop other families suffering like we have. 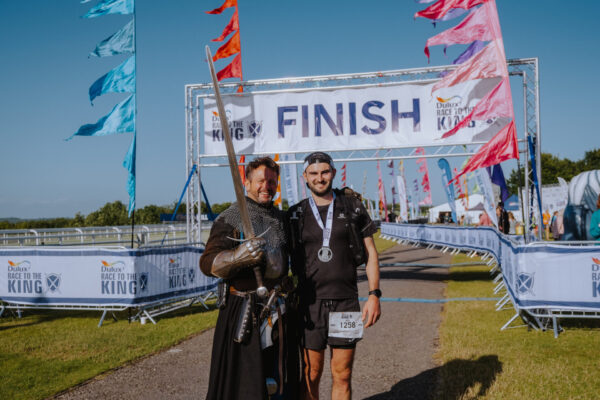 Jack Mills’ journey to the King

We spoke to Jack Mills, our Dulux Race to the King 2022 non-stop winner to find out about his journey in the lead up to… 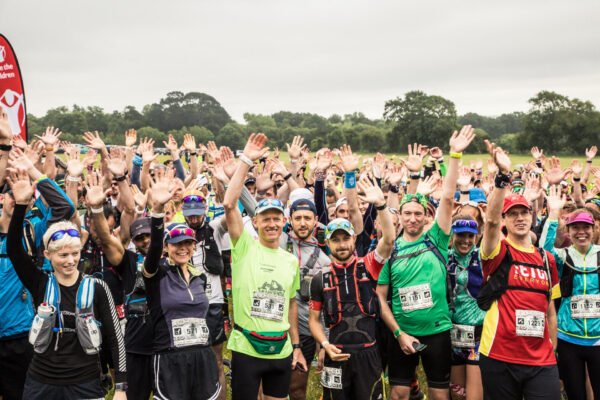 Why we are introducing a ballot in 2023

We are changing things up for 2023 with the introduction of a new ballot entry system for our most popular ultra marathon packages. Read on… 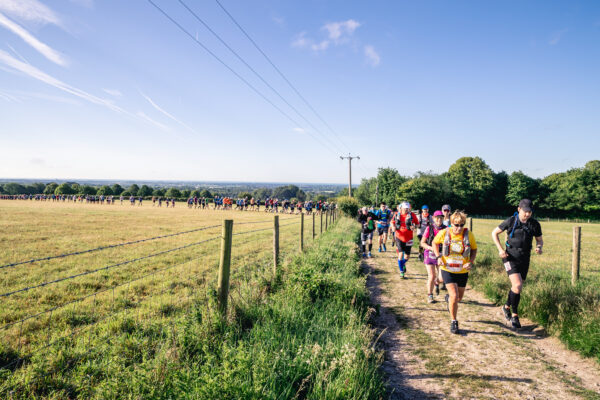 We have a responsibility as a business  Attitudes to sustainability are changing. Three-quarters of the public now believe we are facing a climate emergency and… 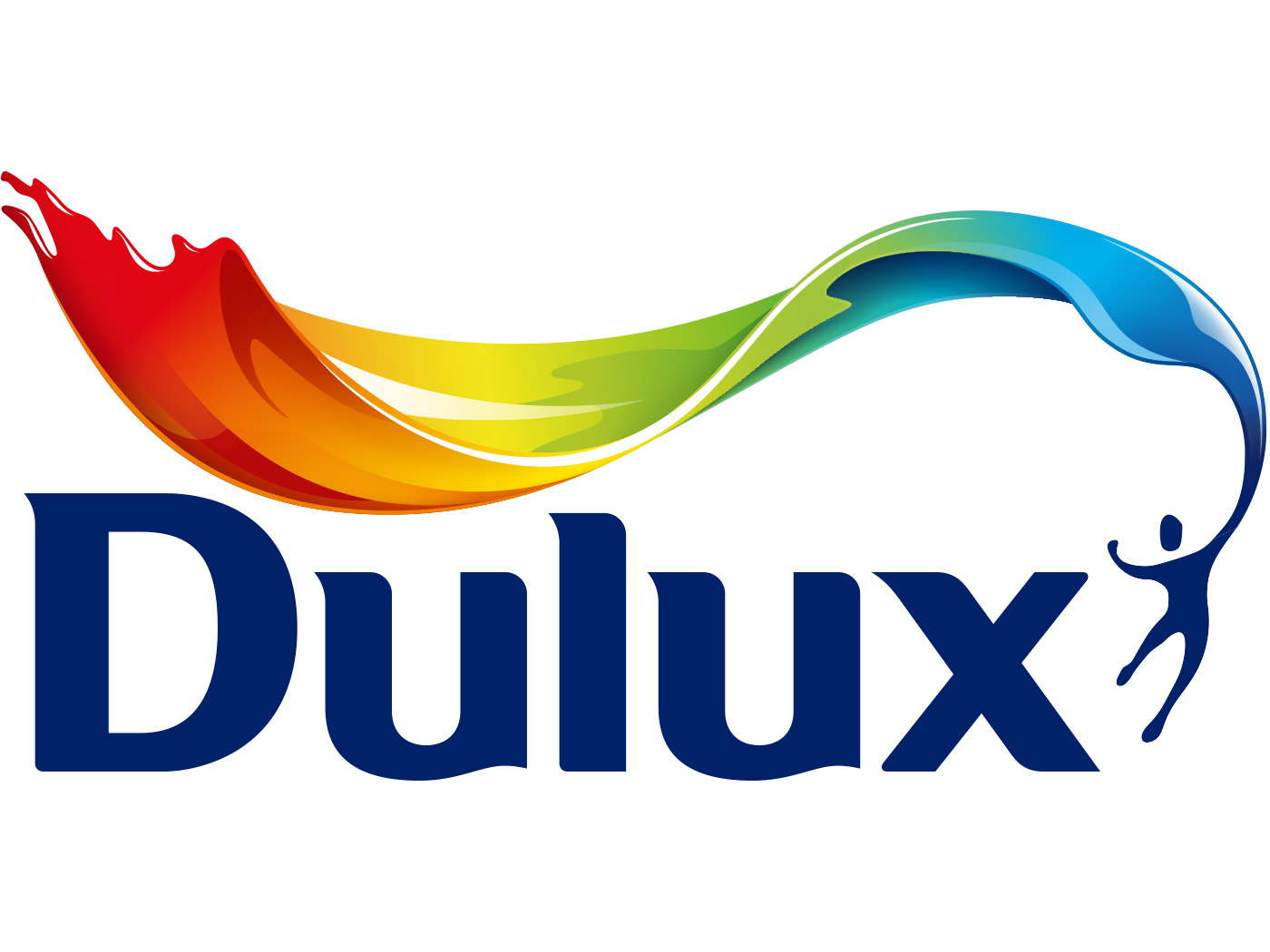